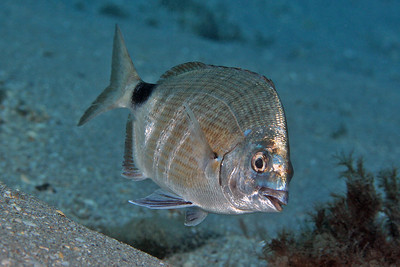 Ich is one of the most common diseases associated with aquatic fish. To put it simply, Ich is a parasite on the body of a fish gills and fins.

Ich, also known as the local white disease, Ichthyophthirius multifiliis protozoan is an external parasite that attaches to the fish’s fins body and gills by forming a small white capsule (usually less than 1 m in diameter). After feeding off the fish and growing into maturity, they fall off the fish, encapsulates itself on the ground or into the aquarium surface and replicates quickly.

Once the replication is complete, the cyst opens up and hundreds of new ich protozoa are released into the water, which can swim for two to three days until they find a new host to attack. The earlier you catch and treat the ich, you improve the chances of your fish recovering fully.

What causes ich on fish?

Ich is easily transferred from one tank to another through fish, invertebrates, plants, ornaments or repair equipment such as your vacuum or nets.

Healthy fish can live with a host parasite for a long time. The Healthier the fish the more difficult to reproduce, which ultimately keeps their population under control. Newly added fishes with a weak immune systems are at greater risk of contracting the parasite.

Unexpected emergence of Ich without new arrival is often caused by a decrease in water parameters that weakens the immune system of fish.

Excess waste, nitrates, fluid pH, ammonia, low-soluble oxygen content and other stressors will lower fish antibodies and can lead to possible outbreaks that can be avoided with good aquarium maintenance. However, the parasite must be present for the disease to develop.

Ich is a ciliate parasite with three stages of growth; Trophont infestation, reproductive tomont and infective theront. The parasitic trophont resides entirely inside the host fish, causing tissue damage and leading to the death of the host fish. The host provides the parasites with food and other necessities for growth.

The mature trophont leaves the fish, attaches itself to the sides and bottom of the aquarium, and secretes a cyst wall to form a reproductive tomont. Each tomont divides one cell into two cells and then progresses to several stages to produce 100 to 1,000 theronts in a single cyst. Affected theronts then emerge from the cyst and actively swim in the water looking for fish to attack. Theronts can swim in the water for two to three days and will die if they do not find any fish to attack. However, once they have found a fish they will invade and penetrate its epithelium, thetrons become trophonts and feed on the host tissue until they reach maturity.

How to spot fish

Its symptoms include the presence of white spots resembling a sprinkle of salt grain on the body and gills, frequent scraping of the body against objects, loss of appetite, and abnormal hiding behaviours.

Unfortunately, in some cases, Ich can only be present in the gills and mouth – not on the skin or wings.

If Ich develops in its gills, it will make it very difficult for your fish to breathe. You can even see your fish moving up in your aquarium where there is too much oxygen or expelling air from the surface of your tank. As the Ich infestation progresses, your fish will become lazier and move slower than usual.

You can also see that your fish is losing color. As the infection progresses, the fish often refuse to eat. Scratching is the last indication that your fish has Ich because those white spots can be itchy. Unfortunately, your fish does not have hands to scratch. Instead, he will brush his skin against objects to make the itch stop, which can lead to damaged skin.

I also point out that if you notice Ich in one fish in your tank, then it is safe to assume that they all have it. Ich is usually seen first in a very sensitive or stressed fish, but because of how infectious Ich is, some of your fish already have it. It is too early to identify.

It is important that you identify the Ich well and not the disease with similar symptoms.

How to treat fish

Treatment should be given long enough to ensure that all parasites are gone. Look carefully at other diseases, because secondary infections often occur where the skin is damaged by the parasite.

Although nothing kills the parasite once it has attacked the fish. A number of chemicals kills it, formalin available under several brand names is an effective treatment in the tanks.

Dose based on package instructions; However, cut dosage in half when treating scaleless tetras and catfish. Regardless of the medication used, treatment should be given continuously for 10-14 days to ensure that all parasites are killed. During treatment, partial water replacement is recommended. Keep water temperatures higher than normal to speed up the parasite life cycle. Stop carbon filtration during treatment, as it will remove chemicals.

Following the ich health cycle, and being able to identify parasites when they are most vulnerable will help to fight the disease in time.

Usually, each ich parasite grows in fish of various sizes, some of which you can see with your naked eyes and others that you cannot. Those you can see will appear as white dots especially on one fish during the first wave, and then present on more fish on subsequent cycles.

Tomites, the fish infecting stage of the ich life cycle, emerge from trophonts that burst from the affected fish and fall to the bottom of the tank. Without fish to be reattached to, the tormites will die within 48 hours of existing from their trophonts.

Therefore, an effective way to remove the ich from the tank is to remove all the fish for some time. At 80 degrees Fahrenheit, ich tomites will die in two days in the absence of fish, and to be sure, some recommend keeping the tank empty without fish at 80 degrees for four days (96 hours). This solution can be helpful if there are too few fish in the tank or when the capacity of the tanks is too large to easily handle the volume of water.

How long does ich on fish stay?

Ich stays in the fish’s body for 5 to 6 days before it falls into the water. Healthy fish can support several waves of infection with treatment. However, if left unresolved or if stressed, your fish may start to die within a week or two of serious infection.

How quickly you intervene when you see white spots on your fish, and how potent the remedies you are using, determines how long it will take for your fish to heal or succumb.

How Long Does Ich Last After Treatment?

The full life of ich lasts about three weeks, so if your fish contracts it during the first wave and you treat it, your fish should be cured within a month or more.

However, you may believe that because the white spots disappear that your fish is healthy, the spots can be removed by rubbing or cleaning.

For that reason, continue to treat your fish for a while, after the spots have disappeared. Also, remember to keep the water in good condition and feed your fish healthy food.

Thankfully, no. You will not be infected if you touch the water in the aquarium. However, be sure to wash your hands and forearms so that you do not transmit the disease accidentally to other aquariums. Also, do not share equipment such as sponges and nets between fish tanks. If you have to reuse aquarium tools, you can disinfect them with hot tap water and chlorine and allow the material to dry completely before reusing.

How to prevent ich in fish

The best way to avoid ich is to separate all fish in a separate tank for two weeks before moving them back into their regular tank. When a separation is not possible, prophylactic treatment may be used. It can be methylene blue or malachite green when new fish is introduced and again four days later it will help reduce the incidence of infection. New plants need to be treated, as they can carry ich cysts.

Adequate setup of your fish tank such as maintaining high water quality, avoiding temperature fluctuations, and providing good food is the best preventative measure against ich and other diseases.