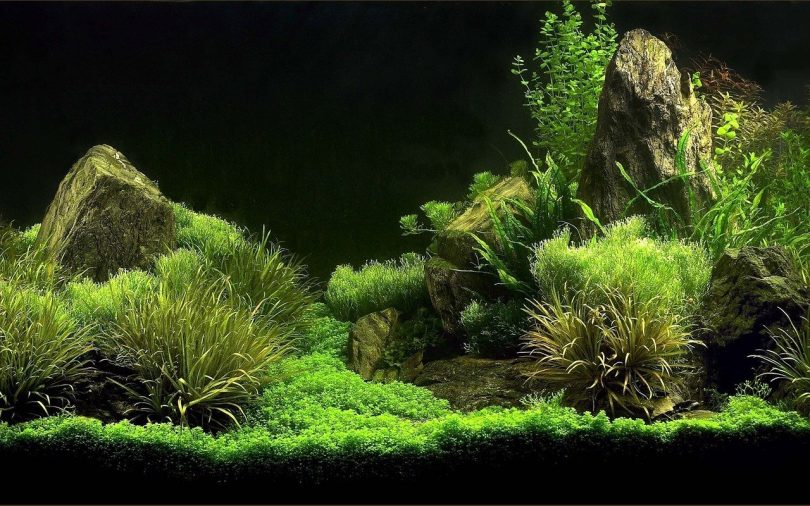 Black beard algae or brush algae like its name has a beard like or brush like tuft, hence the reason for its name. Brush algae usually sticks very firmly to the places they grow on, whether they be aquarium decorations, rock, flower petals, substrate grains, bog woods, or even on the ground; they are always stuck there just like parasites.

Everything that happens is prompted by either a remote cause, or a proximate cause. The case does not change with humans not organisms, especially the black beard algae which is our focus in this article.

Some of the causes of the black beard algae are actions or series of incidents that cannot be avoided while keep an aquarium and they include the following:

Light is always very important and useful as it brings balance to the ecosystem.

Aquariums or aquatic tanks, and wet lands or ponds necessarily need light for nourishment. Although the sunlight does not have to be in excess hence sometimes the aquarium or aquatic tank is covered to be shielded from too many direct sunlight.

In like manner, wetlands or ponds whether they are artificial or natural also need to be shaded from the direct heat of the sun sometimes which is why plants for ponds are used, and sometimes ponds are put under trees. In some cases of natural wetlands, a tree could be planted in the area to serve as shade to the pond depending on what the owner of the pond wants.

An organism like the Blackbeard algae is not different from other organisms or any of the living things stated earlier and so, is capable of receiving sunlight as well as utilizing sunlight which the science of photosynthesis clearly explains. This accounts for how too much light can make an aquarium or an aquatic tank very conducive for the black beard algae or brush algae to grow in.

Remember that aquariums are aquatic and so are kept in aquatic tanks where they are cared for and fed as well. The neat aquatic tank is often contaminated when the food is introduced to the aquarium in the aquatic tank. It is worse if the food happens to be an algae which some aquariums snack on sometimes.

The reason this pollution is regarded as extreme or high, as well as raw or organic, is because feed must be introduced to the aquarium even in the aquatic tank, and the feed, though healthy for the aquarium, gives the black beard algae room to grow.

Unfortunately, like most parasitic organisms, the black beard algae or the brush algae multiplies rapidly and other plant organisms including the aquatic tank gets affected. This is however an extreme cause of the existence of black beard algae which can also be infectious to aquariums.

Micronutrients are the most needed nutrients for organisms to survive. Just like a balanced diet or an adequate diet is needed for humans to be healthy and not look malnourished or even internally unhealthy or malnourished, so are the micronutrients too.

Think about some of the deficiencies that accompany poor feeding, imbalanced diets, or the results and gross adverse effects of not eating right, think about all the diseases that one could be prune to for not eating right.

For a clearer mental picture, did you ever plant a bean seedling in a tin or container (nursery planting) for a school project? Did you see how it gradually withered away after it was submitted because it could not get all the nutrients it required and no one took care of it?

Again think about how the doctors reprimand patients for over feeding or taking too much sugar.

These two instances are important because you do not have over feed  or under feed, feeding has to be done moderately.

Good! That is how it is with the imbalance of micronutrients. Now with aquariums or aquaria, the element this is mostly traced to is the iron. Giving too much iron to the aquarium could result in the growth of the black beard algae, however the deficiency of iron will also affect the plant or the animal in the aquarium and  result in malnutrition.

Aquarists have discovered that the presence of the carbon dioxide (CO2) in the water is very vital and so it plays a necessary role which can suppress the presence or the appearance of a red algae just like the brush algae or the black beard algae.

If you are very conversant with your elements and human respiration, you will know and remember that humans take in oxygen and give out carbon dioxide, while plants and animals utilize carbon dioxide as well as oxygen for digestion. Biologists and respiratory experts have a better interpretation of this because they have a full understanding of it.

Now the case is not different with the aquarium which is why we established earlier the facts that surround the presence of carbon dioxide in an aquarium and how it attracts the black beard algae to the aquarium.

However, if there is a carbon dioxide deficiency in the aquarium especially when the black beard algae is already present, the brush algae adaptably takes in the carbon dioxide it needs through the hydrogen carbonate, and it accomplishes this more easily than a variety of aquatic plants; including higher water plants.

More so, the carbon can be separated from the hydrogen carbonate ion, which will in turn produce hydroxide ions, and then increase the alkaline level (pH). In a process like this, what is called biogenic decalcification occurs, and the limescale (calcium carbonate) expedites, which is later utilized by the black beard algae to rebuild its cell walls. Gradually this becomes a shield to them because they seem harder, and over time are not appealing to other aquatic organisms in the tank to feed on algae. This also multiplies the black beard algae.

Also these are more dominant in aquarius or aquatic tanks that are used for only fishes, and have lots of food deposited in them.

Apart from giving a first aid treatment, or a temporary treatment or relief for a challenge, before actual treatment is carried out, or the solution to a problem is found, there is first an identification of the problem, and then a trace of the problem.

Having established some of these causes, I will in this session share with us some of the measures that can be implored to control the growth and rapid reproduction of the black beard algae.

This is almost like an ultimatum, especially if you have plants for ponds that have been infested by the black beard algae in your aquarium.

Here is what you should do:

2. The use of hydrogen peroxide

Here is how you can use the hydrogen peroxide to get read of the black beard algae:

3. Eliminate the appearance of phosphate (PO4) from your water or your aquatic tank:

It is necessary to first understand what phosphate is before launching into this particular control measure or treatment advise for aquarists.

When these things are not cleaned up from the aquarium or the aquatic tank, they decay in water just like they will decay on land, and one the things that emits from the decay is phosphate. Which explains why phosphate is a byproduct of such things or organisms as the case may be.

To eliminate phosphate, you can also introduce fast growing and fast feeding fishes in your tanks. Such fishes do away with left overs and clean up the aquatic tank because they eat a lot.

You should also avoid over feeding your aquarium. Feed them in small bits at a time, that way they are able to leave little or nothing as left over. Also change their foods sometimes, this is very important especially before adding new feeds, change the old unfinished feed because chances are that they will scout and float after fresh feeds.

4. Test the source of your water

What you should also test for in the water apart from the black beard algae, is for the phosphate (PO4) which the preceding sun theme already treated.

If a source is contaminated, then without a second thought, change the source. You can get experts to treat the contaminated water afterwards.

The health benefits of a hot water or a warm water cannot be over emphasized and should not be underestimated, To do this you just have to change the water and boil the tank mates and the ornaments in water. Make sure to separate affected mates from the unaffected mates.

For example, think about how neat the aquarium or the aquatic tanks will be if they were cleaned daily, or better put if cleaning and maintaining it were to be a routine activity. Of course the tank will be free of the particles and factors or conditions that facilitates the growth and the black beard algae.

More so, remember that the black beard algae attacks ponds and aquatic tanks a lot, whether they are natural or artificial so cleaning up the tanks and ponds, and mates, and ornamental decorations should be a hallmark.